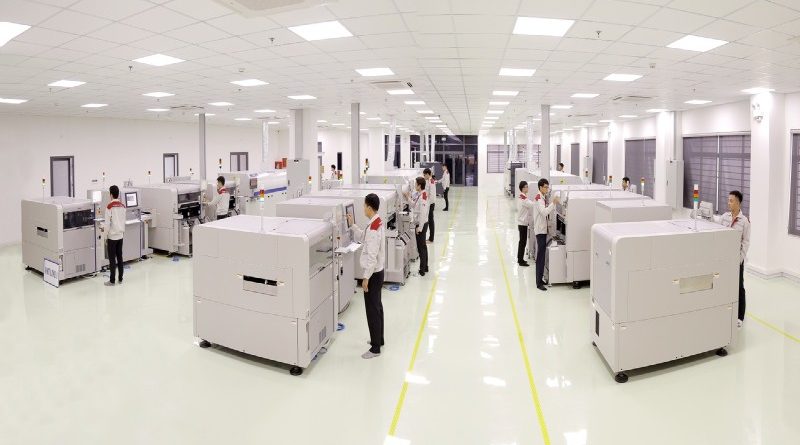 Photo: The inside of the SMT assembly and manufacturing plant

Developed by the Da Nang IT Park Development JSC under the Trung Nam Group, the 1,000m2, 7 million US$ SMT plant specialises in manufacturing electronic components and printed circuit boards for exports. It is designed to churn out 7,000,000 products per year.

Currently, the majority of employees involved in the project are highly qualified graduates from faculties of Electronics, Telecommunications, and IT under the Da Nang University of Science and Technology.

During his previous visit to the new plant, Da Nang People’s Committee Chairman Huynh Duc Tho highlighted the significance of the project to help Da Nang realise its ambitious target of becoming one of the best IT development communities in Asia.

Noticeably, the plant is highly expected to create a foundation for accelerating the manufacturing of hi-tech electronics and precision mechanics, thereby helping promote the development of Viet Nam's support industries.

In the coming time, the Trung Nam Group will pour money into the development of more specialised 2-storey ICT and hi-tech factories whose designs are similar to those based in the U.S Silicon Valley.

Designed by internationally renowned ADA Consultants Services, these factories are expected to be put into use by late next year.